Monkey 47 Schwarzwald Dry Gin is distilled in-house in the Schwarzwald (Black Forest) region of Germany. The ’47’ in the name comes from both the 47 botanicals used and the 47% ABV. Meanwhile the ‘monkey’ element refers to the story of a British Air Force Commander who helped rebuild Berlin Zoo after the war, including sponsoring an egret monkey (depicted on the label) and later opening a Black Forest guesthouse called ‘The Wild Monkey’ at which he served his own gin.

​Monkey 47 Gin founder Alex Stein discovered this story and was inspired to create a new gin, even using records of the original recipe as inspiration, such as including lingonberries, cranberries and spruce shoots amongst the botanicals.

Be the first to review “MONKEY 47 50cl” Cancel reply 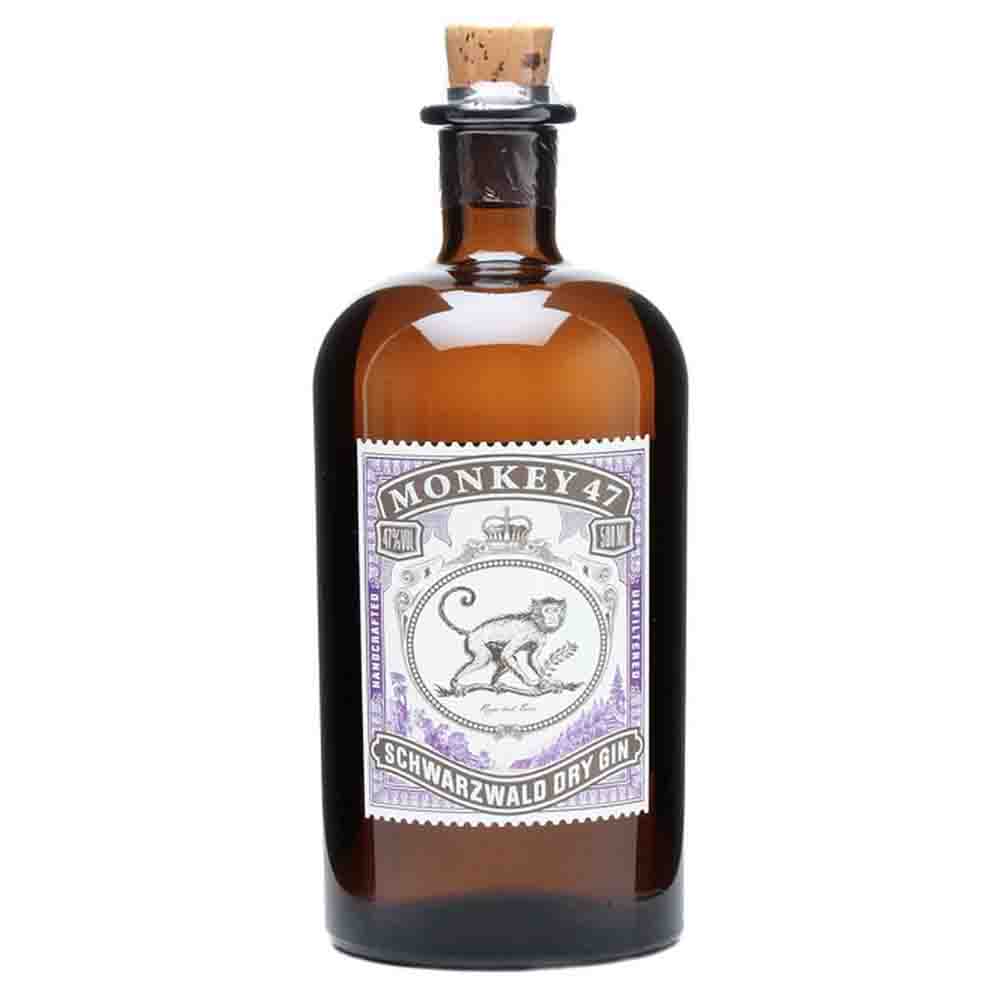